Iran’s Missile Attack: Which US military base was targeted in Iraq?

Iran has targeted two US military bases in Iraq with missiles. These include the Assad Air Base and the Arbil Military Base.

The Assad military base in Iraq is so large that after the arrival of the US military in the country, there were not one but two routes for bus transportation within the cinema, swimming pool, fast food restaurant and base.

It was built by the Iraqi army in the 1980s and is located 100 miles west of Baghdad in the desert.

With the arrival of the US Army in 2003, it became one of the largest bases in the US military and many changes were made. 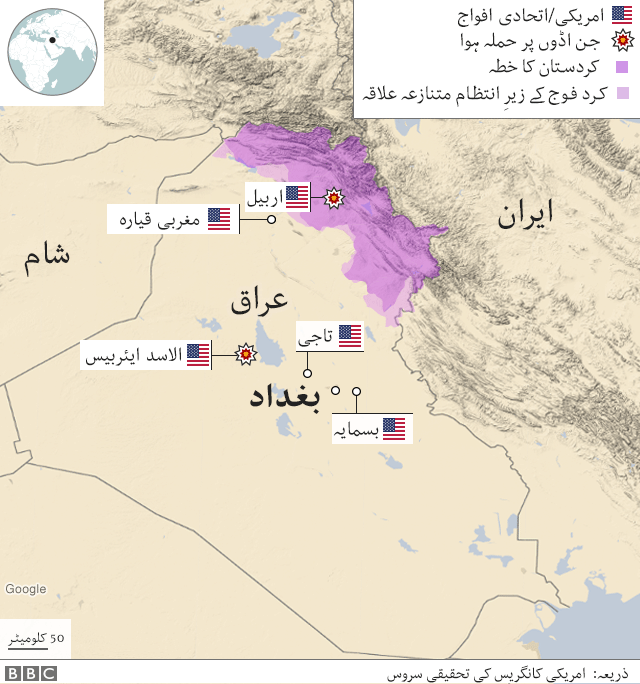 Reporter Oliver Poole told the BBC in 2006 that ‘this base is in the middle of the desert and there are sand, rocks and shrubs on its sides.’

“As you enter the American area, you see better roads … They have tried in many ways to create a modern, small American village-like scene. ‘

The facilities were so impressive that some US troops called it “camp cupcake.”

After US evacuations in 2009 and 2010, he was again extradited to Iraqi authorities. However, an attempt was made to attack the military base after the so-called Islamic State (IS) consolidated in Anbar province. 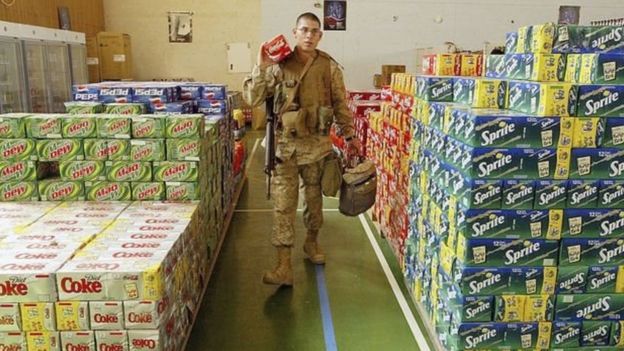 In 2014, when it was surrounded by so-called wealthy Islamist fighters, BBC’s Quentin Somerville reached there with the help of an Iraqi military aircraft.

He reported that ‘remains of American occupation existed, such as used cannon shells, dusty living rooms and scattered rations on the floor.’

That same year, when the United States returned to fight IS, the military base was restored and rebuilt.

This time, however, the troops were few. One pilot said in 2017, ‘There are now fewer facilities than ever before.’

On December 26, 2018, US President Donald Trump visited the airport. 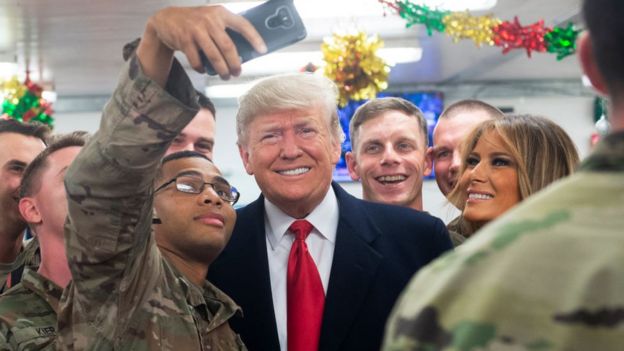 He said that “the men and women stationed in Assad have played an important role in the military to defeat ISIS in Iraq and Syria.”

He later said he was worried about protecting his wife during the visit. Speaking to reporters, he said, “You should have seen what we were going through there.”

In November 2019, US Vice President Mike Pence visited the base to celebrate Thanksgiving.

Assad is believed to have 1,500 US and coalition troops at the base. There are 5,000 US troops stationed throughout Iraq.

The resolution on Sunday demanded the withdrawal of US troops in the Iraqi parliament. However, this is not mandatory.

In response, President Trump mentioned the cost to the Assad airport. He threatened that if Iraq ordered US forces to leave the country, it could face severe sanctions.

“We have a very expensive airport that has cost billions of dollars to build,” he said. We will not leave until they pay the price. ‘ 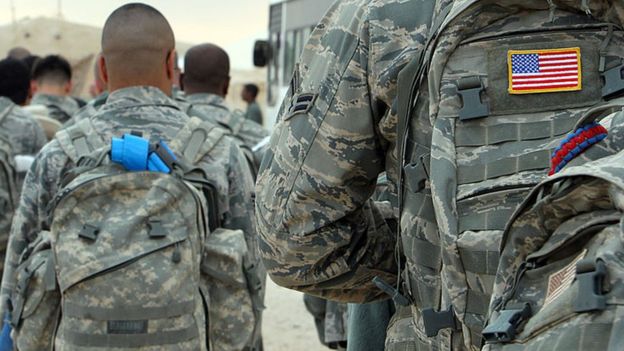 Another targeted military base

The second base targeted by the attack is located in Arbil. The city is the capital of Iraq’s relatively stable Kurdistan region.

In September, the US military said it had ‘more than 3600 soldiers and civilian personnel from 13 different countries.’

The base is used to train local military personnel. Last month, the US Central Command said that the region’s first female military instructor had graduated from Arbil.

It is currently unclear how long the US military will remain in Iraq.

This week, US Secretary of Defense Mark Asper denied reports of an army withdrawal from Iraq.